The Art Gallery of Greater Victoria (AGGV) is an art museum located in Victoria, British Columbia, Canada. Situated in Rockland, Victoria, the museum occupies a building complex; made up of the Spencer Mansion, and the Exhibition Galleries. The former building component was built in 1889, while the latter component was erected in the mid-20th century.

Its collection works from Canadian artists, indigenous Canadian artists, and other artists from across the Pacific Rim. The museum has also organized and hosted a number of travelling arts exhibitions. The Art Gallery of Greater Victoria has the largest collection of works out of any art museum in British Columbia, with approximately 20,000 works in its permanent collection. Provided by Wikipedia 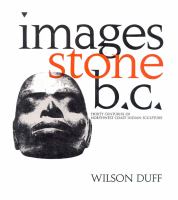 The legacy of Japanese printmaking = Le rayonnement de l'estampe japonaise / by Barry Till ; assisted by Paula Swart.
by Till, Barry, 1951-
Published 1986
“...Art Gallery of Greater Victoria....”