Lloyd Chudley Alexander (January 30, 1924 – May 17, 2007) was an American author of more than 40 books, primarily fantasy novels for children and young adults. Over his seven-decade career, Alexander wrote 48 books, and his work has been translated into 20 languages. His most famous work is ''The Chronicles of Prydain'', a series of five high fantasy novels whose conclusion, ''The High King'', was awarded the 1969 Newbery Medal for excellence in American children's literature. He won U.S. National Book Awards in 1971 and 1982.

Alexander grew up in Pennsylvania during the Great Depression. He developed a passion for reading books and writing poetry. He attended college for only one term, believing that there was nothing more college could teach him. He enlisted in the United States Army and rose to be a staff sergeant in intelligence and counter-intelligence. He met his wife while he was stationed in France and studied French literature at the University of Paris. After returning to the United States with his new family, he struggled to make a living from writing until he published ''And Let the Credit Go'' (1955), his first autobiographical novel. His interest in Welsh mythology led to the publication of his series ''The Chronicles of Prydain''.

Alexander was nominated twice for the international Hans Christian Andersen Award, and received the 1971 National Book Award for Children's Books for ''The Marvelous Misadventures of Sebastian'' and the 1982 National Book Award for ''Westmark''. Alexander received three lifetime achievement awards before his death in 2007. The Harold B. Lee Library at Brigham Young University contains a permanent Lloyd Alexander exhibit which showcases several items from his home office including his desk, typewriter, and manuscripts and editions of his books. Provided by Wikipedia 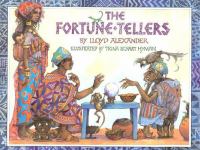 The marvelous misadventures of Sebastian; grand extravaganza, including a performance by the entire cast of the Gallimaufry-Theatricus.
by Alexander, Lloyd.
Published 1970
Call Number: Loading...
Located: Loading...
Book Loading...
Add to Book Bag Remove from Book Bag
Save to List