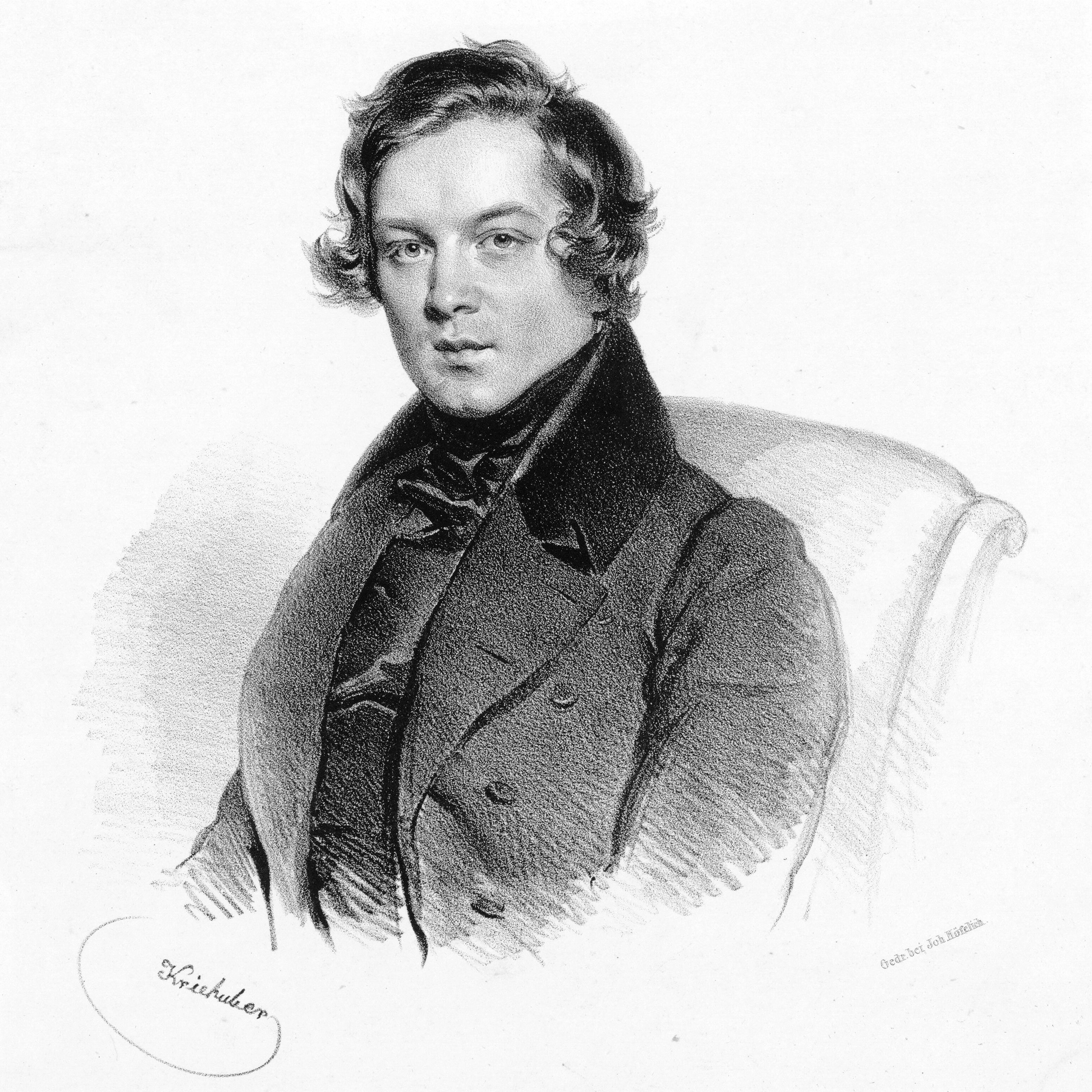 Robert Schumann}} (; 8 June 181029 July 1856) was a German composer, pianist, and influential music critic. He is widely regarded as one of the greatest composers of the Romantic era. Schumann left the study of law, intending to pursue a career as a virtuoso pianist. His teacher, Friedrich Wieck, a German pianist, had assured him that he could become the finest pianist in Europe, but a hand injury ended this dream. Schumann then focused his musical energies on composing.

In 1840, Schumann married Friedrich Wieck's daughter Clara Wieck, after a long and acrimonious legal battle with Friedrich, who opposed the marriage. A lifelong partnership in music began, as Clara herself was an established pianist and music prodigy. Clara and Robert also maintained a close relationship with German composer Johannes Brahms.

Until 1840, Schumann wrote exclusively for the piano. Later, he composed piano and orchestral works, and many Lieder (songs for voice and piano). He composed four symphonies, one opera, and other orchestral, choral, and chamber works. His best-known works include ''Carnaval'', ''Symphonic Studies'', ''Kinderszenen'', ''Kreisleriana'', and the ''Fantasie in C''. Schumann was known for infusing his music with characters through motifs, as well as references to works of literature. These characters bled into his editorial writing in the ''Neue Zeitschrift für Musik'' (New Journal for Music), a Leipzig-based publication that he co-founded.

Schumann suffered from a mental disorder that first manifested in 1833 as a severe melancholic depressive episode—which recurred several times alternating with phases of "exaltation" and increasingly also delusional ideas of being poisoned or threatened with metallic items. What is now thought to have been a combination of bipolar disorder and perhaps mercury poisoning led to "manic" and "depressive" periods in Schumann's compositional productivity. After a suicide attempt in 1854, Schumann was admitted at his own request to a mental asylum in Endenich (now in Bonn). Diagnosed with ''psychotic melancholia'', he died of pneumonia two years later at the age of 46, without recovering from his mental illness. Provided by Wikipedia