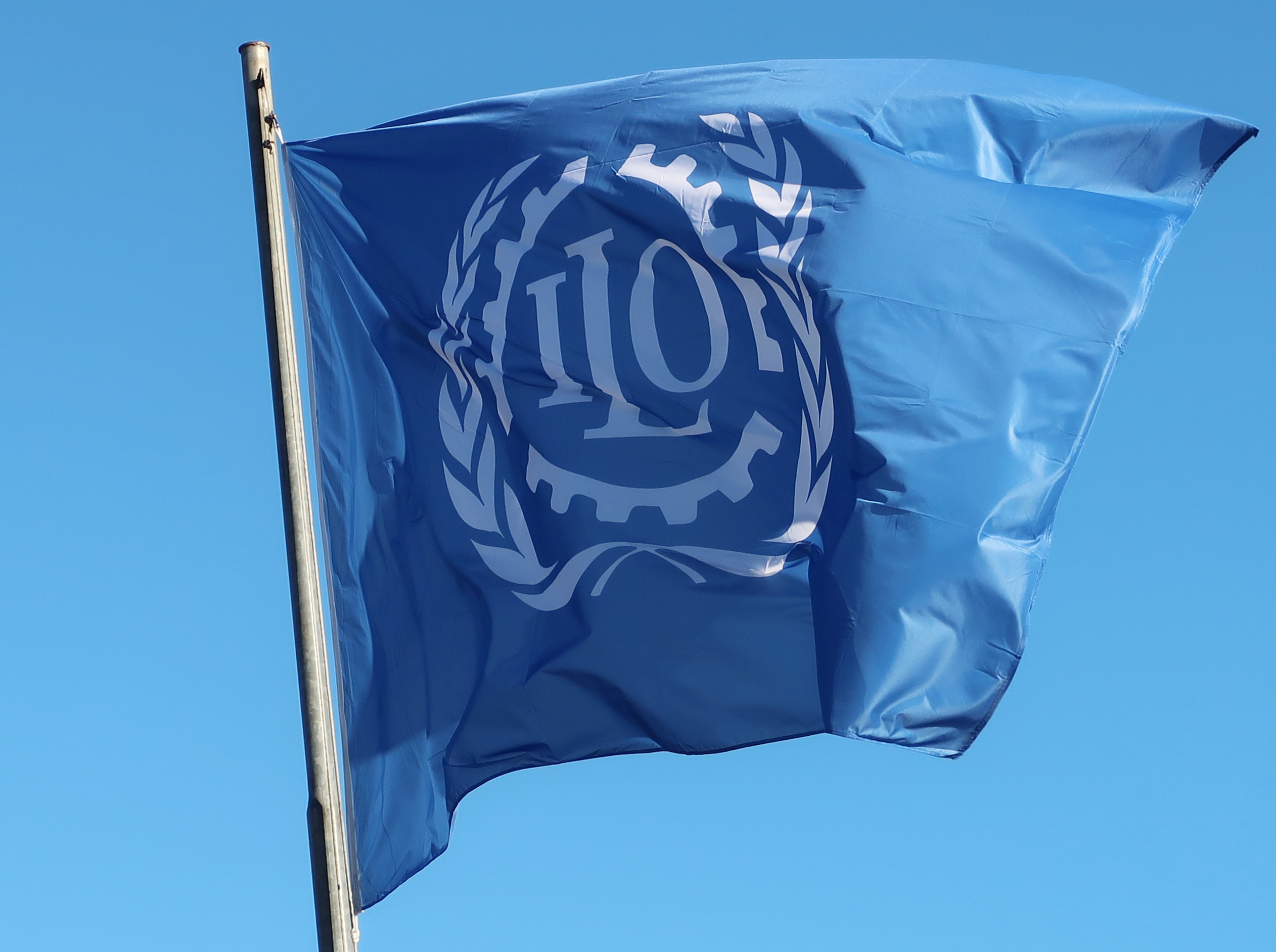 The International Labour Organization (ILO) is a United Nations agency whose mandate is to advance social and economic justice by setting international labour standards. Founded in October 1919 under the League of Nations, it is the first and oldest specialised agency of the UN. The ILO has 187 member states: 186 out of 193 UN member states plus the Cook Islands. It is headquartered in Geneva, Switzerland, with around 40 field offices around the world, and employs some 3,381 staff across 107 nations, of whom 1,698 work in technical cooperation programmes and projects.

The ILO's standards are aimed at ensuring accessible, productive, and sustainable work worldwide in conditions of freedom, equity, security and dignity. They are set forth in 189 conventions and treaties, of which eight are classified as fundamental according to the 1998 Declaration on Fundamental Principles and Rights at Work; together they protect freedom of association and the effective recognition of the right to collective bargaining, the elimination of forced or compulsory labour, the abolition of child labour, and the elimination of discrimination in respect of employment and occupation. The ILO is a major contributor to international labour law.

Within the UN system the organization has a unique tripartite structure: all standards, policies, and programmes require discussion and approval from the representatives of governments, employers, and workers. This framework is maintained in the ILO's three main bodies: The International Labour Conference, which meets annually to formulate international labour standards; the Governing Body, which serves as the executive council and decides the agency's policy and budget; and the International Labour Office, the permanent secretariat that administers the organization and implements activities. The secretariat is led by the Director-General, Guy Ryder of the United Kingdom, who was elected by the Governing Body in 2012.

In 1969, the ILO received the Nobel Peace Prize for improving fraternity and peace among nations, pursuing decent work and justice for workers, and providing technical assistance to other developing nations. In 2019, the organization convened the Global Commission on the Future of Work, whose report made ten recommendations for governments to meet the challenges of the 21st century labour environment; these include a universal labour guarantee, social protection from birth to old age and an entitlement to lifelong learning. With its focus on international development, it is a member of the United Nations Development Group, a coalition of UN organizations aimed at helping meet the Sustainable Development Goals.

The governance of policy reforms in southern Europe and Ireland : social dialogue actors and institutions in times of crisis /
Published 2014
“...International Labour Office....”

Resilience in a downturn : the power of financial cooperatives /
by Birchall, Johnston.
Published 2013
“...International Labour Office....”

Towards a sustainable recovery : the case for wage-led policies.
Published 2011
“...International Labour Office....”

Guidelines for port state control officers carrying out inspections under the Work in Fishing Convention, 2007 (no. 188) /
Published 2011
“...International Labour Office....”